Rhys puts in another strong performance at Oulton Park 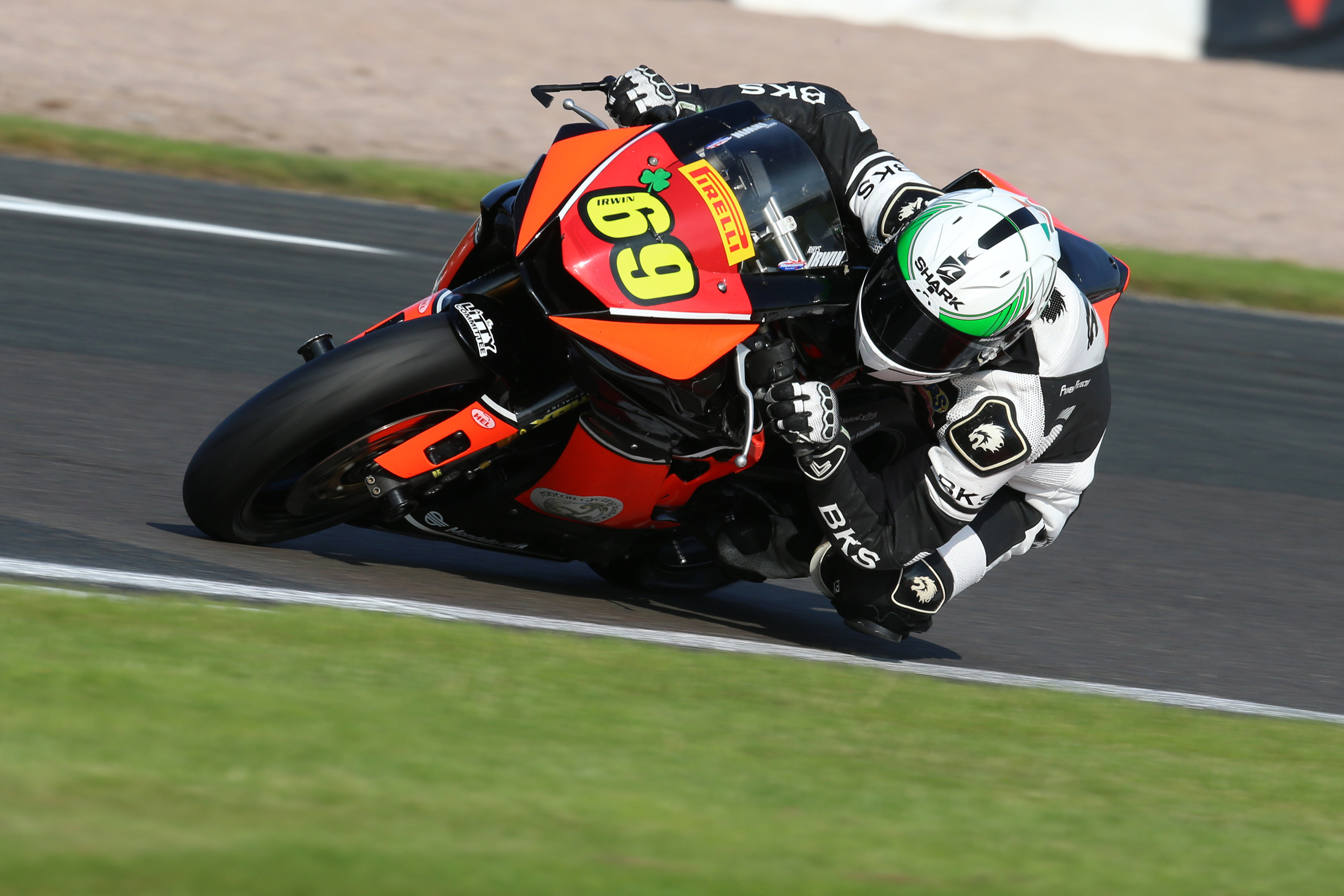 Rhys puts in another strong performance at Oulton Park

Donegal teenager Rhys Irwin continued his maiden season in the British Superstock 600 championship at Oulton Park this weekend, September 19th & 20th, with another strong performance, as he tackled the championships first double header weekend of the season. The youngster added another front row start to his achievements, set fastest lap in race two and narrowly missed out on the podium as he consolidated his third place in the championship standings.

Rhys has been one of the stand out performers of the 2020 Superstock 600 season, as he took his maiden pole position at Snetterton, before following that achievement up by snatching pole and a race win at Silverstone two weeks later, and all in his rookie season.

At Oulton Park the Irish youngster was once again in the mix and having built his speed up through practice sessions one and two he just missed out on a third consecutive pole position by less than two tenths of second in Saturday’s qualifying.

Having dropped a couple of places away from the start of race one, Rhys was unfortunate to make a mistake under braking for the chicane and had to take a very slow detour across the grass before rejoining. Now down in sixteenth place the Silverstone winner started another of his trademark fightbacks as he climbed as high as sixth place before eventually crossing the line seventh.

The Kilmacrennan based rider’s lap time in race one was good enough for fourth on the grid for Sunday’s second race and following a strong start he was running third when the race was stopped. The race was restarted over six laps and initially Rhys dropped back slightly from the lead battle before he once again showed his fighting spirit as he took fastest race lap and closed on the lead group to finish fourth, right on the tail of the top three.

Speaking after race two Rhys said, “I knew Oulton would be a difficult track for me to run at the front at in my rookie season, so I was really happy to be up there once again. I ran on at the chicane in Saturday’s race and had to be very careful not to drop my bike on the grass and that put me well down, but I was really happy with my pace as I recovered to finish seventh. I was bit slow to getup to speed in the restart of Sunday’s race until I got my head down and set fastest lap to catch the leaders, but it was too late to make a challenge for the podium as the race was so short. My Irwin Racing, Mondello Park Yamaha was great once again and I have to thank dad and Wes for the great job they are doing at every track we go to. It’s back to Donington for the next race and having been there already this year I’ll be aiming to get back on the podium.”

Rhys Irwin will be back in British Superstock 600 action in two weeks time as the series returns to Donington Park on October 2nd to 4th.