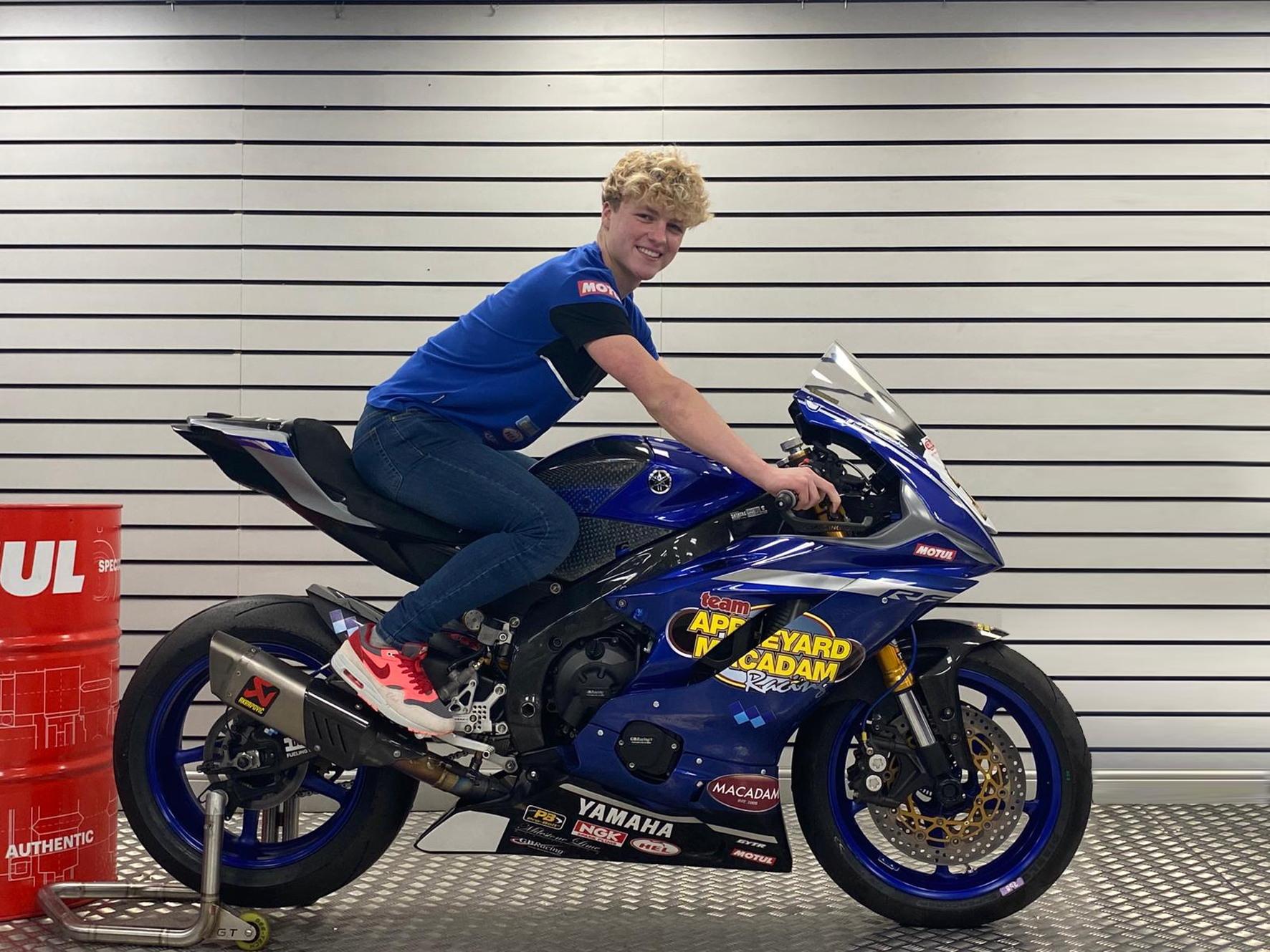 Eighteen year old Motorcycle Racing star Rhys Irwin has secured one of the top seats in the British Championship Paddock for his graduation to the Supersport class in 2021, where he will ride for Team Appleyard Macadam Yamaha.

The Donegal teenager has been offered the opportunity to ride for the official Yamaha race team, in the full 2021 British Supersport Championship, on the back of a sensational debut season in the Superstock division. Rhys will join the team aiming to follow in the footsteps of fellow Irish racer Jack Kennedy who took Appleyard Macadam to back-to-back titles in 2018 and 2019.

Team Appleyard Macadam Yamaha have been a stalwart of the British Championship for many years and have assisted a huge number of riders to progress their careers. For 2021 the team will take on two new names with rookie Irwin being joined by Bradley Perie who has previous Supersport experience. Speaking about his new signings team owner Robin Appleyard said. “Rhys is a very talented young rider who caught my attention as early as his win at Round 3 in Silverstone. Like Bradley he has done it the hard way as part of a family effort, travelling all the way from Donegal for every race weekend. Rhys deserves an opportunity with a bigger team and while 2021 will be a learning year for him, I think we can get him close to the front before long.”

The British Supersport Championship is set for a resurgence next year with Jack Kennedy making a return and the arrival of a works Triumph Team with some big name riders. The Championship organisers will also be making some changes designed to make the championship more competitive and this will mean a massive challenge for Rhys, but one he is ready for.

“It’s almost unbelievable to have been given this chance”, said Rhys of his new challenge. “This all came about due to my results in Superstock this season and we have been speaking with the team since the middle of this season so I’m really excited to finally have secured the chance to work with such a big team. To be riding in a team of the calibre of Appleyard Macadam and following in the footsteps of Jack Kennedy, a rider I have looked up to for so long, is way beyond what I would have expected this early in my career, but I’m really ready for the challenge.

Up till now I’ve always been part of a small family outfit so I’m looking forward to learning as much as I can in this new environment and progressing as quickly as I can towards the front of the Supersport grid. I have to thank Team Appleyard Macadam Yamaha for this opportunity and everyone who has helped me over the years to get into a position to secure this ride.”

The new season will kick off for Rhys with a winter test programme, followed by eleven British Superbike Championship events beginning at Oulton Park in early May. Rhys’s progress can be followed on his web site www.rirwin.ie and on his twitter and facebook feeds.